Boy I sure am dropping the ball on these things.  And in life in general it seems.

This is really more of a filler post as I will be posted later today/tonight with all my progress/updates.  But I have to finish a bunch of it first.

I am very tired and have many things to do.  (I have a feeling that will be the first line of many blog posts to come.  Lots of animation this week and lots more this next week!  Still running behind, but I am as determined to catch up as ever.  Onwards!!

(also I feel a bit silly because I wrote this much earlier today and then never posted it, tells you where MY brain is.)

Sigh, exhausted and behind and only just starting animation.  This is a great sign I’m sure.

I finished my final schedule, organized all the reference I shot (though I have yet to shoot more…), and started animating this weeks shots.  Unfortunately animating is time consuming and I have issued with my hand hurting after drawing for too long.  Since the last thing I want is to totally screw up my hand, I’ve been taking breaks and trying to do other useful things (like writing this blog post).

I finished animating one of the shots and I’ve been inking it.  Progress is being made.  Positivity is necessary.  Also I’ve scheduled every day after Wednesday for catching up…

Here, have a screenshot!

So THIS week…  I have a new version of my animatic!  I’ve reworked the fight and the ending and I think it flows a lot better now.  I have also gone through and solidified my schedule a bit more (its a bit of a strange set up, but I’ll explain that later) and I spent all day Friday filming reference footage!  of course because there are a ton of shots and I am not so great at filming reference I didn’t manage to get all of it done in one day, but I got most of it and I can go from there (I am planning another reference day, but I’ll work on the shots I did get in the meantime, hence the strange schedule set up)

Had quite the birthday weekend!  It was very fun and relaxing.  Reworking a couple key story moments this week mainly… Still struggling with what exactly I want the monster to look like, but I think I’ll need to just commit after this.  And of course I’ve been solidifying my animation schedule.  I’ve decided that instead of animating, inking, and coloring in three big chunks, I’m going to try jumping between things as I go along.

Also, I finished my color script!  (I may still make a few tweaks, and will def throw in some character stuff before I decide to print a poster or anything…  But this is the basic color script for the film, and it’s really for my reference more than anything at this stage.)

(Sadly, I haven’t had a chance to film that reference footage, didn’t end up getting to it in all the relaxing of the birthday weekend.  No worries, I’ll be able to work on it tomorrow evening.  I’ve even cleared out a spot and pulled out my tripod.  Whooo.)

So this week I completed my layout (still going to have to make some adjustments, which I plan to enact in this coming week hopefully) AND I animated the first scene! Its been animated, inked and colored! (Haven’t totally decided whether I like the coloring job or not, but it’ll do for now)  I also have been working on my color script.  It’s coming along!  I think this next week I’d like to finish my design for the shadow monster, re-board/lay out the monster fight scene again so I’m totally happy, put it into my animatic, finish the color script, and shoot a bunch of reference footage for the big scenes.  Then after that I can start seriously animating scenes!  I’ve got a list of all the scenes that need to be animated and I’m planning to organize them into my schedule this week (along with all that other stuff I plan to do).

This coming Friday is my birthday, so there will be a couple days where I can’t work, but I really am hopeful that I won’t fall too far behind…

On a lighter note, have some screen shots!

(And a little peek at the progressing color script!)

I had a bit of a rough weekend in general, and my productivity suffered.  But by the end of today I’ll be back on track and ready to push forward.  Optimism!

Took me a bit longer than I thought it would to actually upload this, but heres the final layout!

oooon to the next thing.

Been working steadily on my layout (which is turning more and more into a very rough sketch of the animation) and man, the thing I’ve been most struggling with is boooooredom.  Roughly redrawing (essentially) the same shots as in my animatic, only against the correct background is not all that interesting, gotta say.  But I’ve been working on my strategy to work solidly for a time, then take a break or work on something else for a bit, before going back and working solidly again.  The idea is to keep making progress and to try to avoid half-assing shots just because I’m bored.

On the plus side, only have about 1/4 left to lay out! AND I have my color palette done!  Check it out: The palette, from left to right, is a basic idea of the films progression.  I’ve been working on throwing in some thumbnail-sized backgrounds, to get a more detailed mock up of some color keys for the scenes.  Means some tweaking to the colors up there, but they give you a general idea.

ITS THE FIRST DAY OF AUTUMN!!  In honor of my favorite season, heres an old fall drawing:  (pumpkins, leaves, and a bouncing ball of cat, what more could anyone want?) 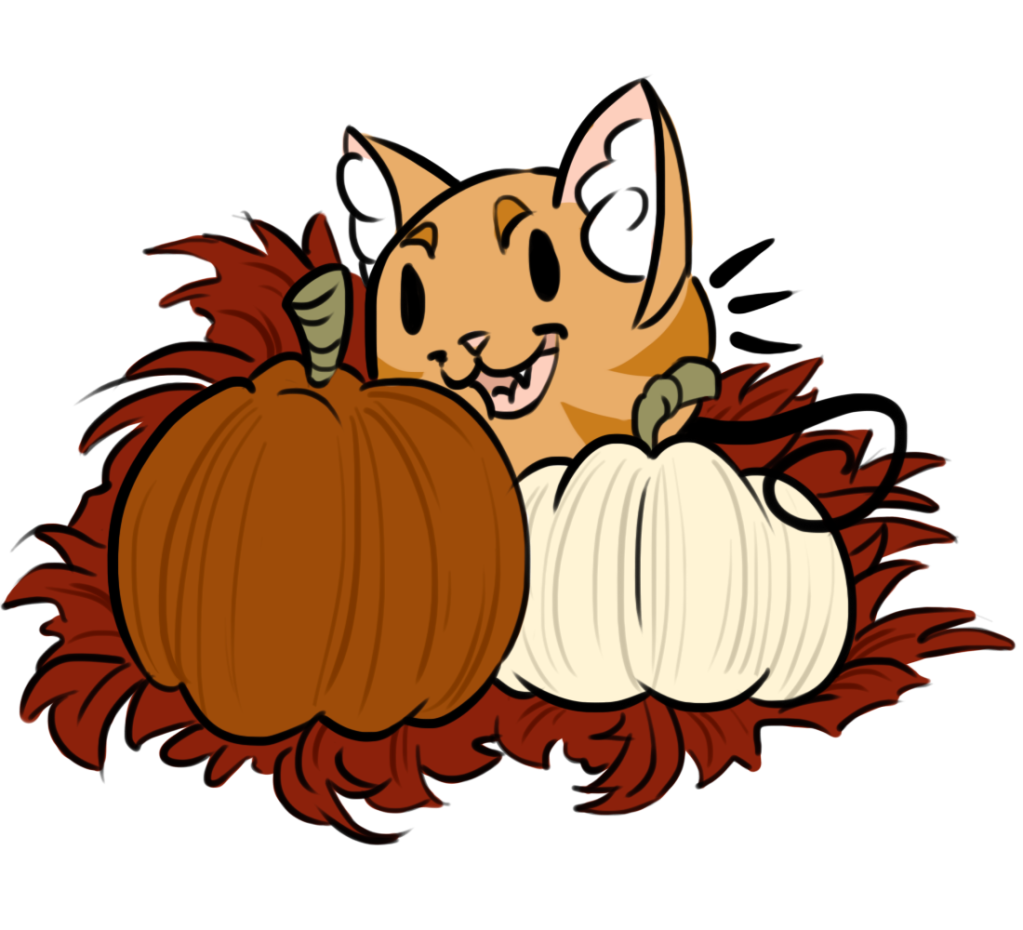 This week I’ve been working hard on my layout (which is going to be quite the close and useful guide for keyframing).  I’d hoped to be finished by today, but based on the level of detail I’ve been working in, I have a feeling that spending another week on it will actually make animating faster.  Its a very small jump from here to detailed keyframes.

Since I dont have any finished drawings from this week, I will simply leave you with a screen shot of my rough layout. 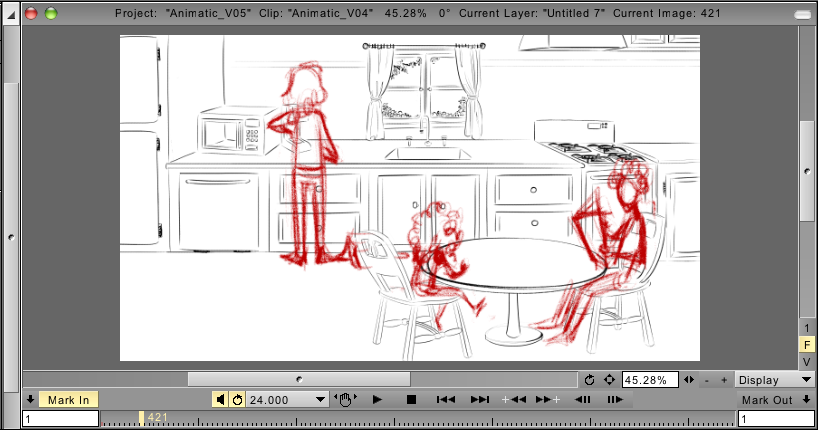 Happy Story
Create a free website or blog at WordPress.com.